Onwards to Monday 9th May, Helen R’s flat in Battersea, and West Side Story.

So, last night saw a triumphant return to our fascist roots, courtesy of our latest dictator, Helen R. She bravely revisited childhood trauma by showing us West Side Story, the hoodlum musical (almost gangsta slapstick, but not quite!) which won Best Picture at the 1961 Oscars, as well as many others as well. 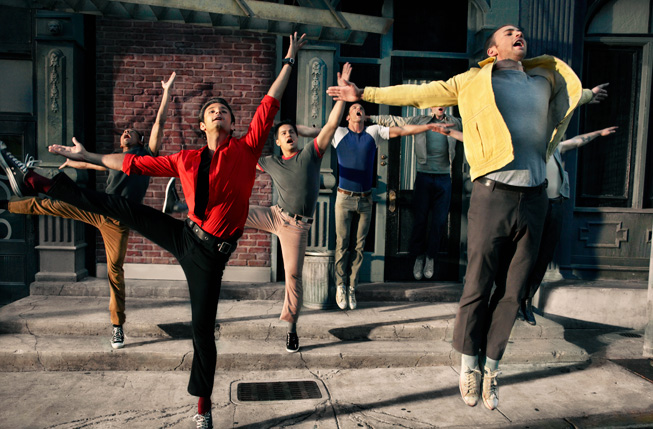 For those of you unfamiliar with it, the story is based on Romeo & Juliet and set in 1950s New York. The music is amazing, and you probably know at least one song from the score (although I hope no one else has been tortured by I Feel Pretty running through their heads on a loop since leaving Helen’s yuppy-tastic building!). The general consensus seemed to be that ‘Cool’ and ‘America’ were contenders for best song.

The aforementioned trauma stemmed from the fact that it was the first film that a young Helen had seen which didn’t have a happy ending. This seems particularly unusual for a musical, although recent additions to the genre such as Moulin Rouge and Dancer in the Dark have carried on this tradition. I have to say, I’m a jazz hands and happy endings girl myself, although you wouldn’t know it.

THIS IS NO LONGER A DEMOCRACY

One thought on “West Side Story”