We’ve been on a break for a while, recovering from the 4th Annual FAFTAs, which, thanks to Zilouf’s restaurant in Highbury, went brilliantly. Congratulations to all the winners. And commiserations to the wooden spooners… although this year they were especially carved coconut spoons, supplied by our beloved Founder as she returned from Sri Lanka for a guest appearance.

Indeed, booby prizes of such high quality were well deserved for the handful of films that really should have scooped some of the big prizes. Au Revoir Les Enfants, Lars and the Real Girl, Women on the Verge…: they all left empty-handed. So did La Vie En Rose; and as such Comrade Lucy jumped at the chance to host a comeback special, and in a bid for the FAFTAs 2016, she did not disappoint!

It was a welcome return to sunny evenings, and to Manor House (possibly for the last time)… and to delicious food themed to fit the movie (namely Persian Lamb Tagine). This heralded the highly praised Iranian film A Separation… and thus FAFTA-baiting was born!

A Separation begins with the planned divorce of Nader and Simin, and explores the difficult choice of a life of opportunity for their daughter Termeh outside of Iran, and the commitment to staying and looking after Nader’s father.  His father suffers from Alzheimers and is very dependant on full-time carers.  After allowing a young lady named Razieh to help look after his father, events unfold which embroil Nader in a web of accusations, lies and misunderstandings, and threaten both the whole family and their place within the community. 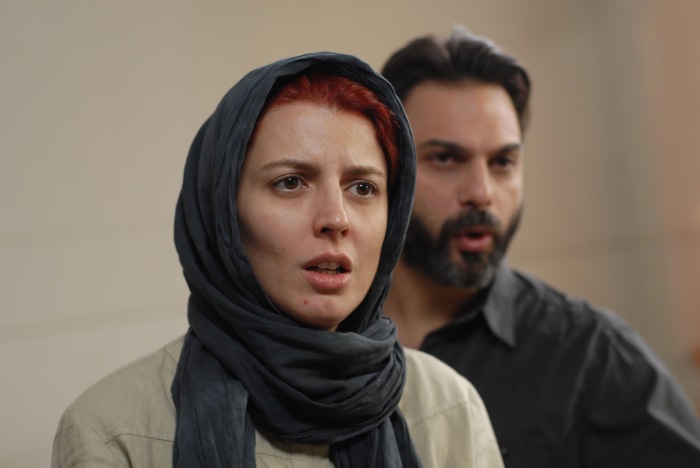 This was MNFC’s first trip to the Middle East, and A Separation proved to be an astonishing film.  Beautifully shot and thoroughly engaging, it developed a Hitchcock-like narrative with numerous twists and turns that kept us guessing throughout.  As described by Lucy in her introduction, it is difficult to takes sides in an increasingly complex moral maze that evolves as the film progresses.  It also was an interesting insight into modern day Iran; a conclusion that was echoed in this review by Roger Egbert:

‘A Separation’ provides a useful portrait of Iran today. Some inflamed American political rhetoric has portrayed it as a rogue nation eager to start nuclear war. All too many Americans, I fear, picture Iranians as camel-riding harem-keepers. Certainly some of Iran’s punishments for adultery that we read about seem medieval. But this film portrays a more nuanced nation, and its decent characters are trying to do the right thing.

The Cinema of Iran is in itself a very interesting topic, and one that I have enjoyed researching for this Tuesday Review.  The cinematic output of Iran has changed through various waves of film-making, reflecting the 1979 Revolution, the rise of the Islamic Republic under Ayatollah Khomeini, and the subsequent Iraq-Iran war.  You can read more about this here.

In modern day Iran, there is a very high output of movies for the domestic audience.  The majority of films are made with government funding, and as such all scripts and casts have to be presented to the Ministry of Culture for approval.  Although formally the government have stated that this process is not meant to be restrictive, film makers with ideas thought to be controversial have been banned from filming and from travelling.  Often, directors have then been driven underground, releasing their films to the international film festival circuit.  The interesting 2012 documentary, This Is Not A Film, shows director Jafar Panahi under house arrest, awaiting the appeal decision for his six-year prison sentence and ban on film-making.  His ability to continue to make films under the tough imposed restrictions is testament to his endurance, resilience and creativity; and he has recently won the Golden Bear at the Berlin Film Festival, with his film Taxi, filmed within his car and hence keeping within the rules imposed on him.

So, from FAFTAs to Golden Bears, via Iran.  And on to the next MNFC courtesy of Comrade Matt.  Who knows where we’ll be next!

Until then, love to you all