Firstly: I am so, SO sorry for the tardiness of this review. Unforgivable. Only…it’s because I’ve been learning how to save lots of dogs and cats, so please forgive me?

So our most recent gathering was to meet the fabulous #fitzkitz, the rather darling Snow and Arya (let’s see who knows the reference). It was brilliant and they were so cute.

Wait. No. Our most recent gathering was to test our newest recruit Jack’s MNFC-ing skills. The kittens were a pleasant bonus :-).

Jack introduced his film personality to the group by showing In Search of A Midnight Kiss, one of his favourite films, and an ‘anti rom-com rom-com’. The film follows a young, not-quite-hipster man names Wilson, who, tired of being alone, decides to advertise for a New Year’s Eve date through Craigslist. 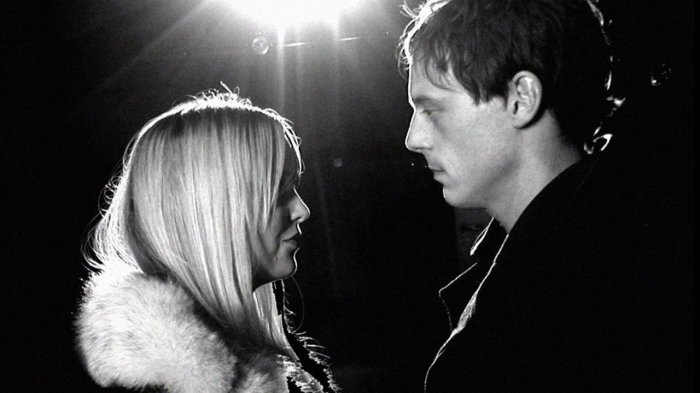 Whilst we Brits do not have the joys of Craigslist firsthand, the film makes it clear that it is, essentially, for weirdos. Nonetheless, Wilson perseveres and finds himself on a date with the enigmatic Vivien. Vivien is a mess. She is also exhilarating and kooky, and not-quite-mani pixie dream girl. Of course, they end up spending the evening together. And the film carries through until the New Year.

If this film were to be described in one word, it would be sarcastic. The wonderful Scoot McNairy is droll and dry, and there is a real joy in seeing his cynical exterior gradually be worn away. These are two people who need each other, just for the night, and the film definitively shows it as an experience for them to remember, rather than the start of a grand love affair.

The film has several elements that separate it from the typical rom com. The humour is key; one pivotal scene which revolves around Wilson masturbating over his flatmate’s girlfriend’s picture – and getting caught – sets the tone for an edgier take. The characters are all rounded and flawed. And it is filmed in black and white, showing LA in a completely different light: it is *beautiful*. Many of the comrades had been to LA, and there was much discussion around the location of a film, and how it is shot, that shapes the mood of the film. The approach was compared with No Strings Attached, which is also set in LA, but makes it glossy and polished, rather skirting around the ugliness of the city; comrades felt this added to the artifice that comes with traditional rom-coms.

“And then, suddenly, it hits you – this is not a movie about romance or introspective twentysomething angst. It is, instead, a revolutionary love letter to Los Angeles, and to the primal allure that the city holds over her residents.”

The film’s influences were easy to see – most notably Annie Hall and Before Sunrise (with Before Sunrise receiving an acknowledgement in the credits). But comrades felt you could also see the influence it had had – it reminded us of Joss Whedon’s Much Ado About Nothing.

Finally, after partaking in Ashley’s incredible macaroons, the group set off out into the night, in search of a midnight bus…